„„Standart“ always looks for and shows good examples, and that is also what we are doing today.

In 2020 the pandemic hit exports badly, and so this year „Standart“ recognises exporters that have managed to retain their presence and stability on foreign markets“, as Ekaterina Nikolova,

Deputy Editor-in-Chief of the media, stated during the awards ceremony.

“I am happy and honored to represent a company that continues its sustainable development without any financial support from the EU,“ – shared Atanas Kunchev, Director of Foreign Trade Relations, Klas Oil EAD.

“It is true that our company remained stable in producing refined and unrefined oil and peeled sunflower seeds – Bakery grade – during the pandemic. We recently inaugurated new production and processing facilities so we can cater to our customers’ expectations,” noted Kunchev to Erhan Topchu, the Secretary of the Embassy of the Republic of Turkey in Bulgaria who presented the award.

Among the other distinguished companies at the Standart ceremony were also the Chocolate Factory in Svoge, Bella Bulgaria, Katarzyna Estate, and others.

The brand-new sunflower processing line #5 was officially inaugurated with a solemn liturgy and holy water blessings at our factory in Riltsi, Dobrich, Bulgaria.

Among the present at the ceremony was the owner of Magic Flame Ltd. and Klas Olio EAD Mr. Edward Bagdasaryan as well as Mr. Borislav Stoyanov, CEO of the company, formal guests, partners and co-workers. 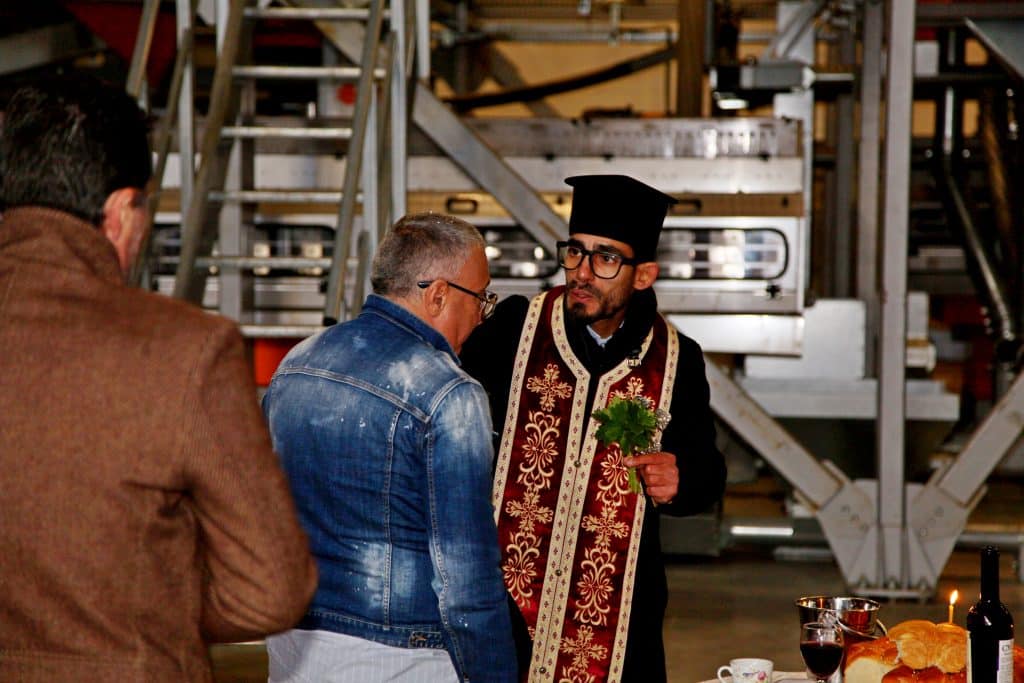 “We have reached a capacity of 10,000 tons of peeled sunflower seeds per month, which is an attestation of our good performance on the international market. We are grateful for the trust expressed by our European partners who value our production highly. This organically promotes the growth of our company, and at the same time we open new work positions which are of great importance to the region”, Mr Stoyanov commented.

“As you can see, we are inside an entirely new building, where, besides our new line, we are going to create administrative and warehouse premises – and why not one or two extra processing lines”, Mr. Bagdasaryan added.

*In recent years, Bulgaria turned from an exporter of sunflower to an importer, thanks to the investments in the sector that allow domestic production to be processed within the country, which increases the value added and boosts the growth of Bulgarian economy.

Magic Flame is fast-growing group in the field of sunflower seeds processing and production of sunflower oil. There are 6 companies in the group with annual consolidated turnover more than BGN 300 million. 3 out of the 6 companies are production companies, where two are the main turnover generators.

As a Senior Accountant, you will have the following key accountabilities:

• Handling of primary accounting documents (invoices, bank statements, etc.)
• Manage the AP process: record invoices, prepare payments, reconciliations, and verification
• Upload all invoices & bank transactions in the accounting systems daily
• Update financial spreadsheets with daily transactions
• Reconciliation of all balance sheet accounts, including but not limited to: banking, customer, vendor, accruals, etc.
• Travel reports and personal expenses’ reimbursement
• Assist the preparation of month-end and year-end close: trial balance, reconciliations, and other reports for the monthly and yearly closings of the company books timely in accordance with the corporate schedule and requirements
• Fixed assets reconciliation and maintaining inventory books
• Participation in the preparation of the tax returns and financial reports
• Preparation of reports to National Statistic, National Bank, Tax authorities and local institution
• Perform other related duties as required
• Full involvement in BPO project (Outsourcing the Accounting Topics) currently running in the Group
• Skills and knowledge for preparation of consolidated financial figures of the group companies is a must ; Consolidated figures shall be prepared at least twice an year;

Now that you know what a Senior Accountant does, what skills, qualifications and experience do you need?

Join our team and benefit from the following advantages:

• Exciting work environment that brings people together
• Opportunities for personal and professional growth
• Competitive remuneration and bonus scheme linked to individual performance and company results
• Multisport card ;
• Eco friendly travelers are welcome to the office – parking places for bikers;
• Working alongside growth minded people;
• Working in a transparent environment, which focuses on solving problems and getting things done;
• Social benefits;

All documents will be treated in the strictest confidentiality.
Only short-listed candidates will be invited for an interview.

We are an ethical and honest company that is wholly committed to its clients and employees. We are proud to be an inclusive workplace for all and are committed to equal opportunity in employment which focuses on all of our employees reaching their full potential. At Magic Flame Group we work collaboratively with our colleagues but offer a flexible working approach.

Please send your CV and motivation letter at bhristov@magicflame.eu

“The biggest air pollutant in the capital during the winter months is the heating with wood and coal.” – Yordanka Fandakova – Mayor of Sofia…

Nowadays, striving to increase the use of green energy is not just a fashion, but a necessity. Everyone is outraged by the polluted air in the settlements, but not everyone realises how big their personal contribution is to the pollution of the atmosphere.

At the same time, everyone is aware of the problems associated with global warming – a phenomenon that we must address by changing our lives with a view to nature and by reducing environmental pollution as much as possible.

The main source of energy for most parts of the world are fossil fuels, the most common being the use of coal, which feeds boilers to produce steam that is converted into energy.

Coal use is one of the main factors in environmental pollution. Therefore, it is necessary to limit their use by finding an alternative way to obtain energy. Biomass is a great way to do this, as it is easy to obtain and use.

After the start of the biomass briquettes production, a number of companies switched to using them because they do not pollute the environment, are cheaper than coal in the long run, and can be used for a long time.

Biomass briquettes are usually made from plants or natural animal waste. They are obtained after a recycling process that turns them into a source of energy. Eco-briquettes do not have any of the disadvantages of fossil fuels and most importantly – do not emit greenhouse gases or toxic chemicals into the atmosphere.

Biomass materials are compressed into briquettes so that they can replace coal in energy production. They burn in exactly the same way, but do not have a detrimental effect on the environment. Biomass briquettes can be used to power powerful water turbines to generate electricity.

In today’s world, everyone needs electricity. That’s why humanity has resorted to the use of fossil fuels to run its cities. However, in the 21st century, one billion and four hundred million persons still live without electricity.
The use of biomass instead of fossil fuels can and should change the trend of air pollution and the increase the greenhouse effect.

Eco-briquettes also deprive us of the need to extract and transport fossil fuels anywhere in the world, as they can be produced locally from plants or natural animal waste. This could significantly reduce the cost of electricity for many countries that do not have oil or coal reserves. This would mean affordable and safe energy for all.

At the end of 2016, the Bulgarian company Magic Flame Ltd. started its own production of biomass briquettes.

Magic Flame The new star on the sunflower market

Magic Flame The new star on the sunflower market

Double revenue growth, hexadecimal profit and three times more employees. The numbers belong to the Varna trader of peeled sunflower seeds Magic Flame and have been achieved in the last three years. The explanation: transition from transactions with agricultural production to processing. Through investments in new facilities and exports in 2019, Magic Flame achieved 55% sales growth to nearly BGN 132 million in revenues and a profit of BGN 6.3 million, generated by 200 employees. 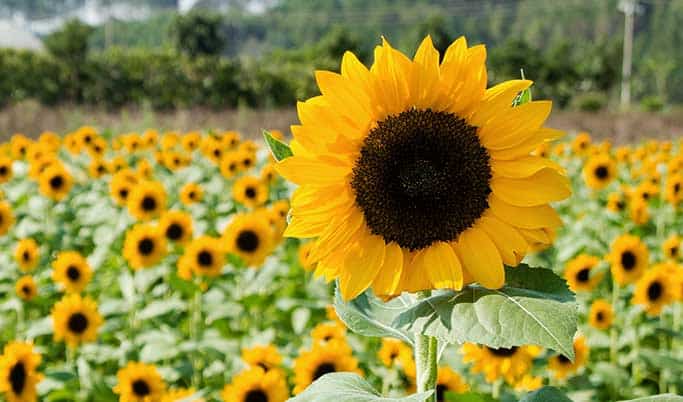 The two companies have few points of contact in their activities, and there are no barriers for competitors to enter these markets, said the antitrust regulator.

The Commission for Protection of Competition (CPC) came up with a quick decision on the Klas Oil transaction. The antitrust regulator allowed the company, together with the company that carries out its foreign trade transactions, to be acquired by the grain trader and supplier of peeled sunflower and sunflower chips, Magic Flame, in accordance with a document published on the Commission’s website. 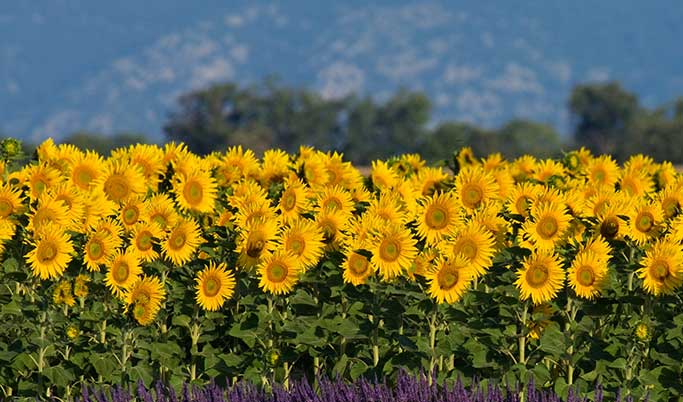