LSE: Magic Flame was recognised as the most dynamic Bulgarian company in Europe

LSE: Magic Flame was recognised as the most dynamic Bulgarian company in Europe

The company entered the ranking of the London Stock Exchange with triple revenue growth in three years, CAPITAL informed.

The producer and trader of peeled sunflower, Magic Flame, has been named the most dynamic Bulgarian company in the ranking of the London Stock Exchange “1000 inspiring companies in Europe”, which in 2018 will be published for the third time. The publication ranks the fastest growing small and medium enterprises, taking into account the change in their revenues between 2014 and 2016. With triple growth for the said period according to data from the Trade Register, Magic Flame is in first place among the five Bulgarian companies on the list (see box). According to the London Stock Exchange, the most dynamic small and medium-sized enterprises in Europe increased their revenues by 24% between 2014 and 2016. Most representatives are from the manufacturing sector (20%), followed by food and beverages (13%), and technology (10%). The five Bulgarian representatives have an average annual income of EUR 46 million, over 5,800 employees and 61% cumulative growth for the three-year period. 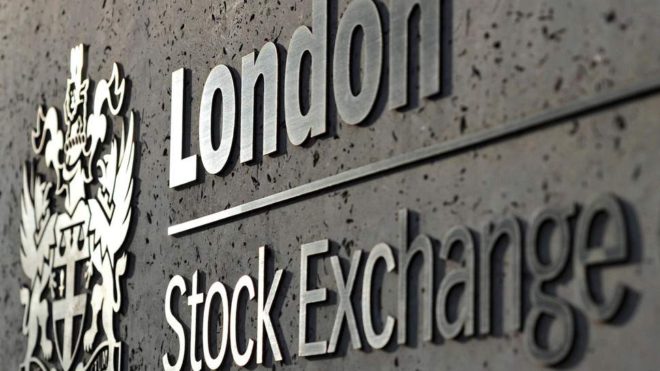 The report to the ranking does not indicate the specific financial results of the companies, but a reference in the Commercial Register shows that the net sales revenues of Magic Flame increased from BGN 44.6 million in 2014 to BGN 133.1 million in 2016, or nearly three times. Last year, however, turnover fell by half to BGN 60.8 million. “This is only due to our investment program, according to which we have directed our own financial resources into investments for the future development of the company”, the company’s owner Eduard Bagdasaryan told Capital. According to him, in the medium term, the company forecasts annual growth of 30% in each of its business areas – processing, trade, agriculture, transport and financing.

One of the main activities of Magic Flame is the trade in cereals, as the company has its own processing plant in Dobrich. The complex includes a factory for the production of peeled sunflower, a plant for husk briquettes, as well as a warehouse. According to data from the Property Register, at the end of last year the company bought additional land and now the total area of its property there is 24 decares. The company is currently building a base in the Pobiti Kamani area near Varna, where the first of a total of four grain warehouses is ready. After the completion of the remaining facilities, the total storage capacity will reach 140,000 tons, the company representatives said. According to Magic Flame, EUR 14 million of own funds and EUR 42 million of bank loans have been invested in the business so far. The company currently employs 140 persons, but according to Bagdasaryan, the company is constantly hiring persons to increase the volume of work. One of the relatively new activities is the essential oils business. “In 2017, we started cultivating 1000 decares of land, which we planted with lavender. For the next 3 years we have set a goal to cultivate a total of 3000 decares of lavender, and our plans are for development in the field of organic essential oils”, said Bagdasaryan.

The company exports peeled sunflower practically all over the world. “Bulgarian peeled sunflower is among the best in the world and, in general, there is no destination to which our product has not travelled,” said Bagdasaryan. However, according to him, the company works primarily for markets in Western and Central Europe such as Poland, Spain, Portugal, Britain and others, where it supplies products with its own transport. It exports by sea to Asia, Africa and the USA. The company makes briquettes from sunflower husks, which are used for heating by households, and according to the company, they almost completely save the need for cleaning, as they burn 97%. The company also supplies several thermal power plants with sunflower husks, which replace some of the coal.

Only non-public companies that are registered in a European Union state and are not state-owned participate in the ranking. They must have between EUR 20 and 300 million in revenue for the last financial year and must be registered before 2013. The companies are ranked by revenue growth between 2014 and 2016, using data from the Bureau van Dijk. Companies whose net assets have decreased by more than 20% over the three-year period cannot participate in the ranking. In order to represent all EU countries, the number of companies from each country is fixed pursuant to its gross domestic product. For example, 180 companies from Germany, 150 from France, and 5 from countries such as Malta, Cyprus and Bulgaria.