“The biggest air pollutant in the capital during the winter months is the heating with wood and coal.” – Yordanka Fandakova – Mayor of Sofia…

Nowadays, striving to increase the use of green energy is not just a fashion, but a necessity. Everyone is outraged by the polluted air in the settlements, but not everyone realises how big their personal contribution is to the pollution of the atmosphere.

At the same time, everyone is aware of the problems associated with global warming – a phenomenon that we must address by changing our lives with a view to nature and by reducing environmental pollution as much as possible. 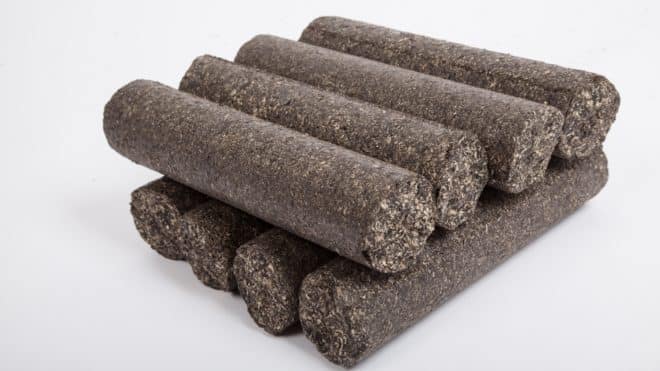 The main source of energy for most parts of the world are fossil fuels, the most common being the use of coal, which feeds boilers to produce steam that is converted into energy.

Coal use is one of the main factors in environmental pollution. Therefore, it is necessary to limit their use by finding an alternative way to obtain energy. Biomass is a great way to do this, as it is easy to obtain and use.

After the start of the biomass briquettes production, a number of companies switched to using them because they do not pollute the environment, are cheaper than coal in the long run, and can be used for a long time.

Biomass briquettes are usually made from plants or natural animal waste. They are obtained after a recycling process that turns them into a source of energy. Eco-briquettes do not have any of the disadvantages of fossil fuels and most importantly – do not emit greenhouse gases or toxic chemicals into the atmosphere.

Biomass materials are compressed into briquettes so that they can replace coal in energy production. They burn in exactly the same way, but do not have a detrimental effect on the environment. Biomass briquettes can be used to power powerful water turbines to generate electricity.

In today’s world, everyone needs electricity. That’s why humanity has resorted to the use of fossil fuels to run its cities. However, in the 21st century, one billion and four hundred million persons still live without electricity.
The use of biomass instead of fossil fuels can and should change the trend of air pollution and the increase the greenhouse effect.

Eco-briquettes also deprive us of the need to extract and transport fossil fuels anywhere in the world, as they can be produced locally from plants or natural animal waste. This could significantly reduce the cost of electricity for many countries that do not have oil or coal reserves. This would mean affordable and safe energy for all.

At the end of 2016, the Bulgarian company Magic Flame Ltd. started its own production of biomass briquettes.